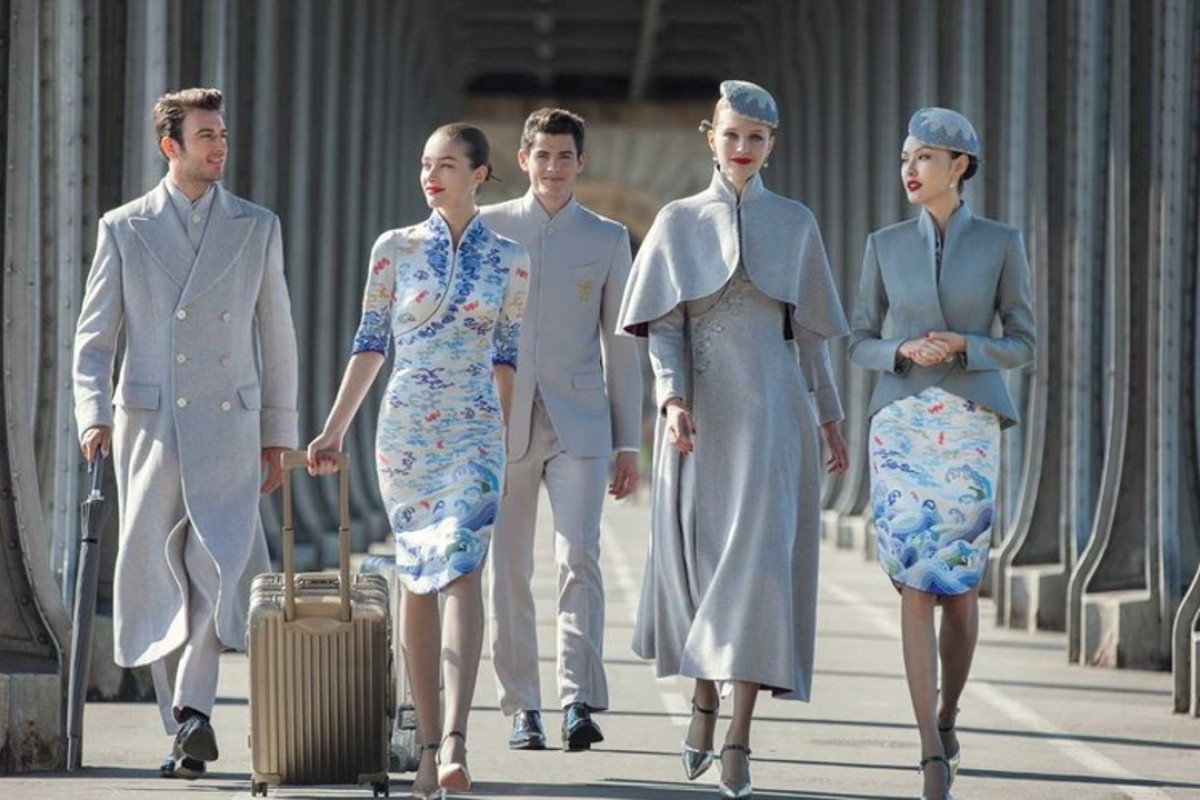 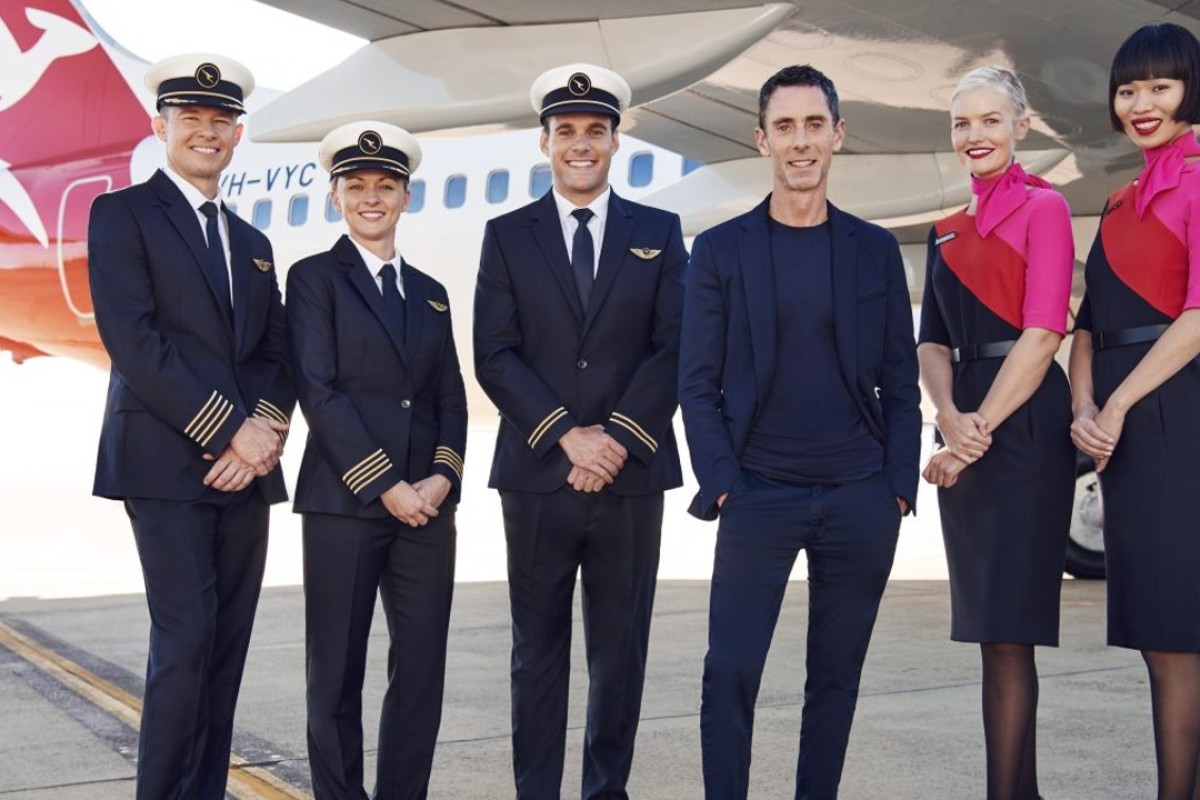 Flight attendants’ uniforms have evolved dramatically over the years. While some crews get to wear fashionable uniforms created by household names that enhance their professional image, the carriers often try to send out multiple messages. Some embody the spirit of the company or the nationality of the carrier, while others are simply responding to the business strategy. 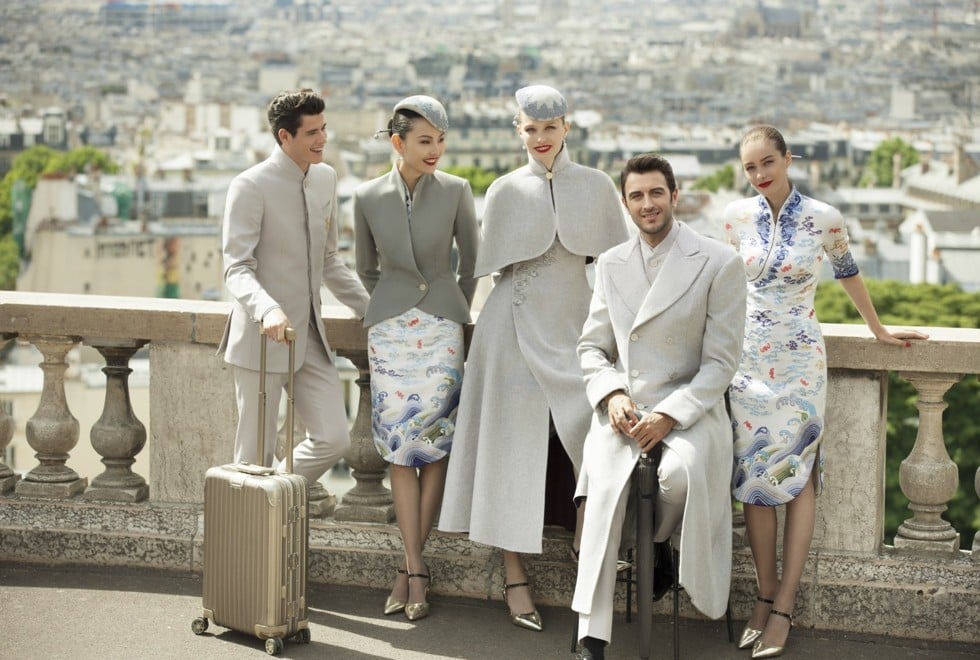 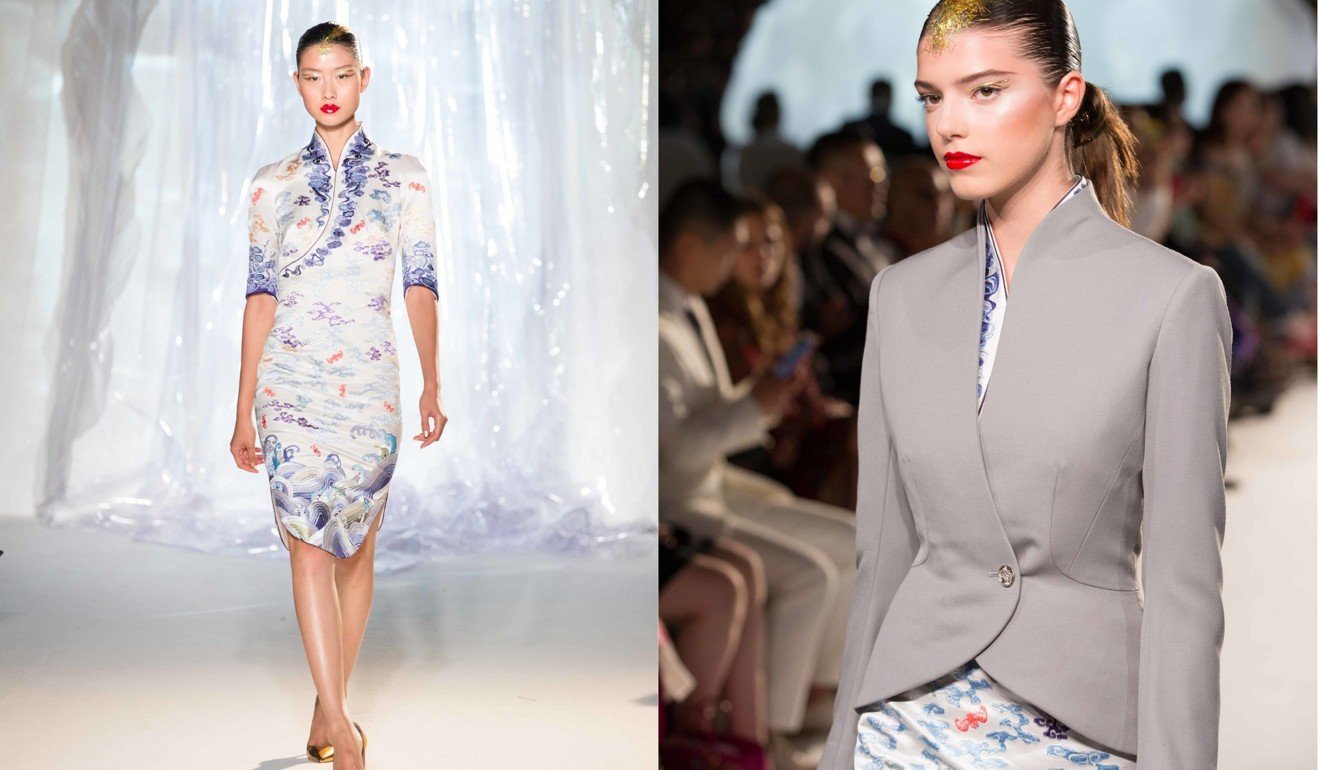 Featuring traditional Chinese motifs such as, clouds, waves and the roc – a mythical bird, the design draws inspiration from the cheongsam, which women usually wear on formal occasions. The apron is designed as a tulip-shaped dress to emphasis elegance, femininity, looks and practicality.

To tie in with the carrier’s vision of becoming a global carrier, Xu has added some foreign touches. The designer “combined elements of classical, time-honoured oriental aesthetics and the silhouette of a modern Western suit, infusing new vigour and fashion into the attire,” the airline says.

Xu’s work is not the only one to impress us. There is a host of beautiful uniforms crafted by designers, from Vivienne Westwood to Christian Lacroix, and Pierre Balmain to Gianfranco Ferré. 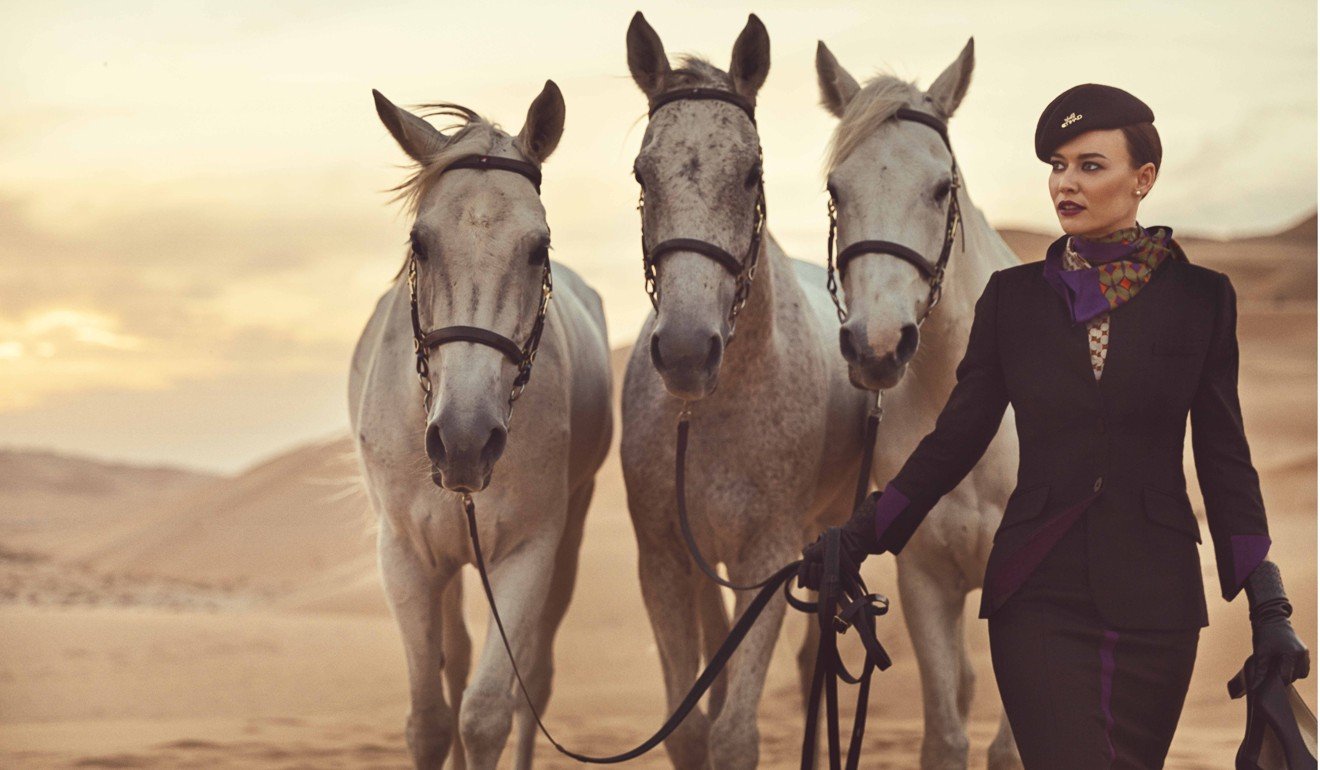 Looking at those photo shoots is like reading a high-fashion catalogue. The second-largest airline in the United Arab Emirates joined hands with the Italian haute couturier for this gorgeous uniform. With the polka dot satin shirts, chocolate brown suits and regal purple accents, the designer aimed to combine the dramatic 1960s couture of Paris and Rome with the contemporary runway looks from London and New York.

Drape coat with high and oversized collar in iconic “Virgin red”, the mastermind behind the innovative design is British fashion designer. “My clothes have always got a very strong dynamic rapport with the body - they are very body conscious, they help you to look glamorous, more hourglass, more woman,” the designer said. “I design things to help people to hopefully express their personality.” The crews are sorry that they look better than everyone else on the plane. The uniform is eco-friendly as the polyester yarn comes from recycled plastic bottles. 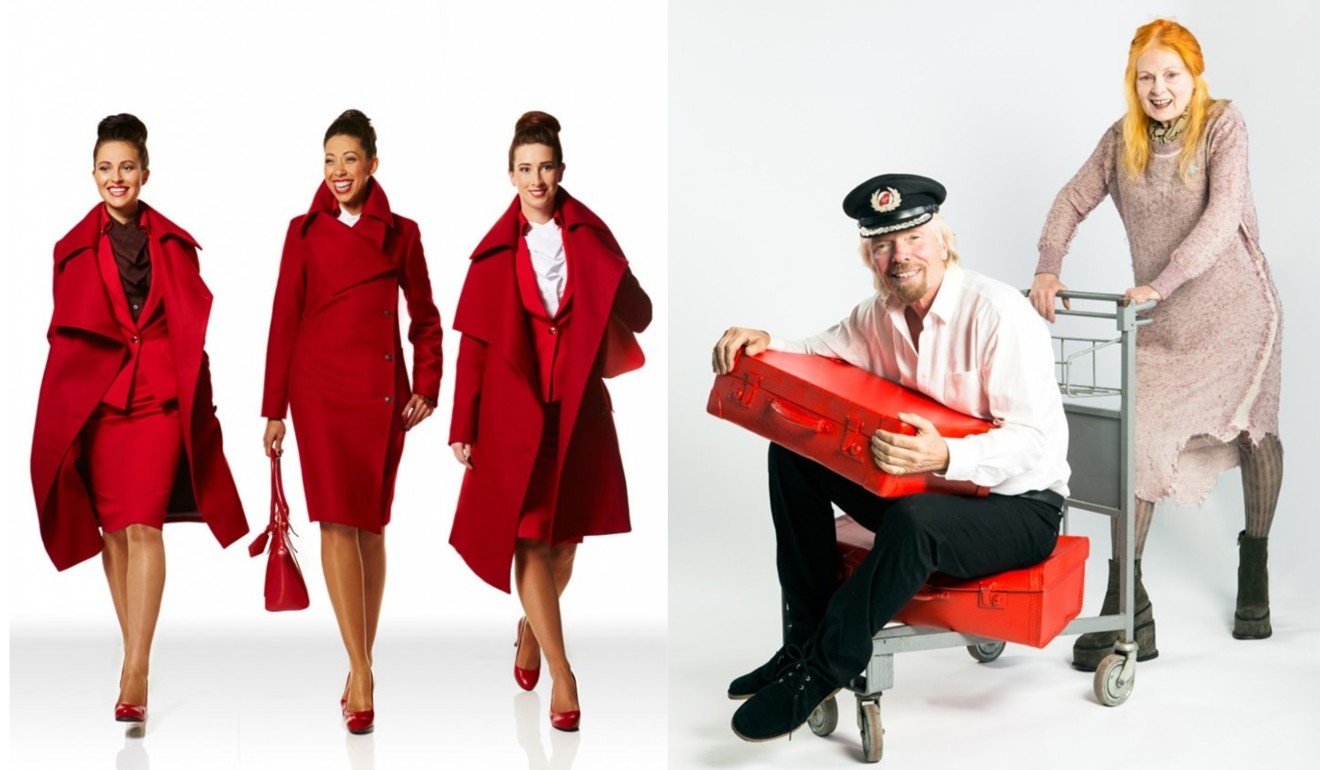 Qantas’s cabin crew attire, designed by one of Australia’s most acclaimed international fashion designers, Martin Grant played with accessories such as black Macintoshes with red accents, Trilby hats and classic black shoes with red soles. The Australian airline showed off their new uniforms in 2013 with Miranda Kerr as the model. 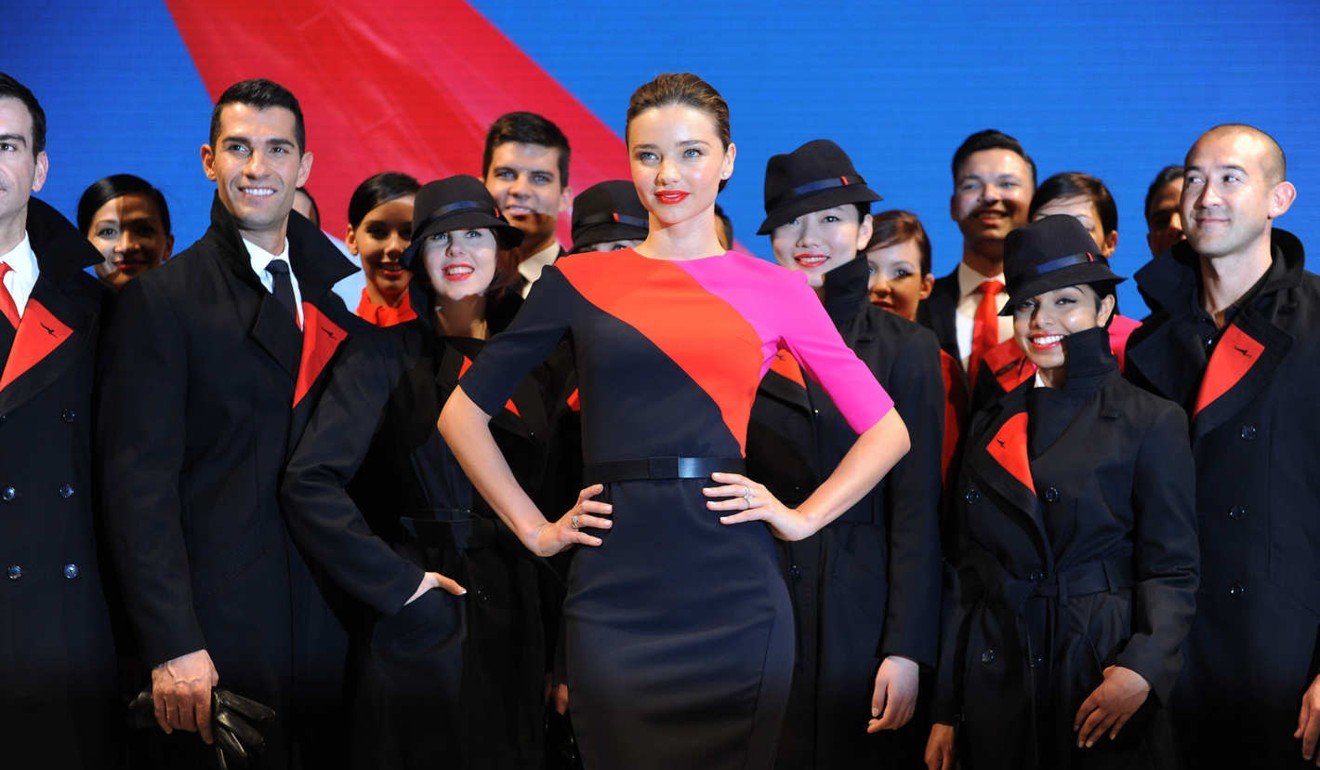 All eyes were on Australian model Miranda Kerr at the unveiling of Qantas’ new uniform in 2013.
Share:
Five most stylish team uniforms at Rio Olympics

Forget those uncomfortable economy class seats. Air France’s uniforms have long been regarded among the most stylish in the air. The punchy uniform pairing with the signature red gloves and bright red bow-tie belt, was crafted by the French couturier and design legend in 2005. Air France had previously contracted Balenciaga and Dior in the 1960s. 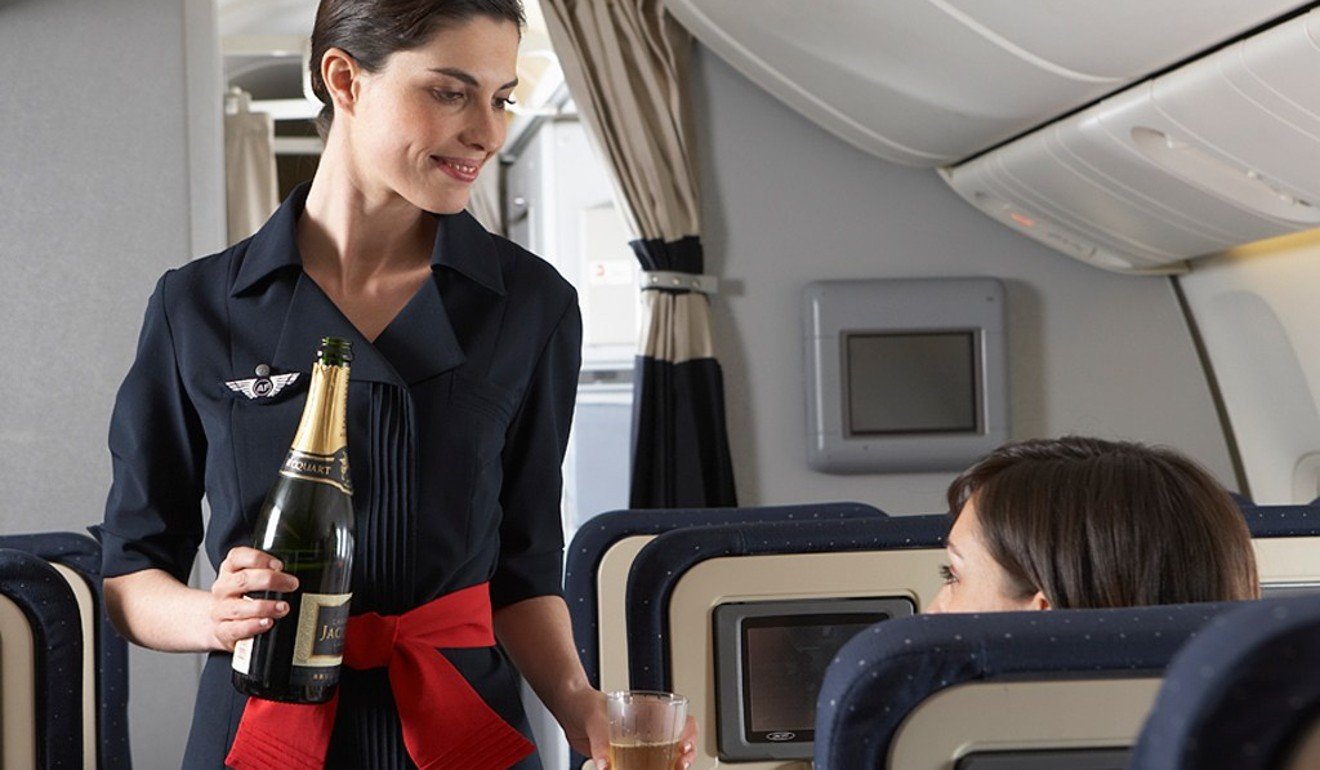 Air France’s uniforms have long been regarded as the most stylish in the air.
Share: 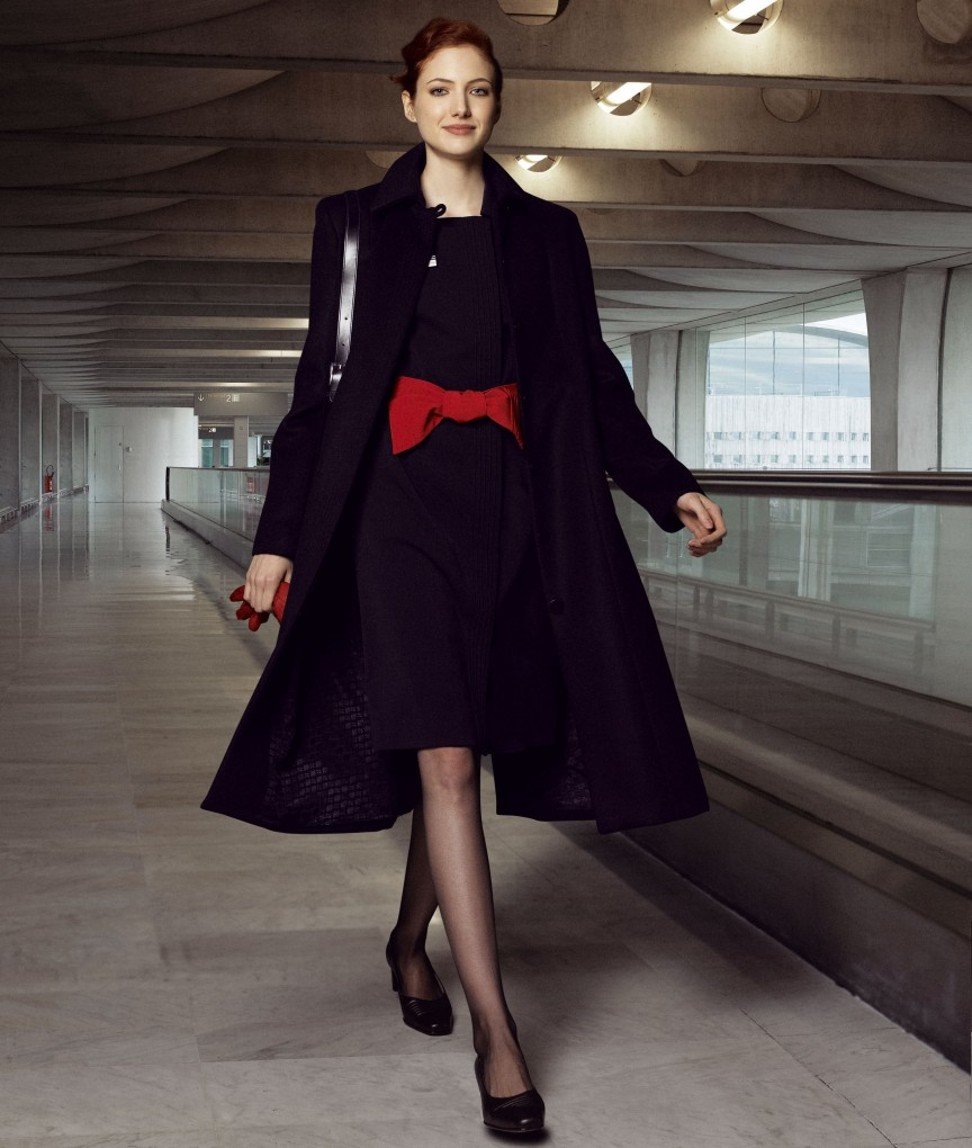 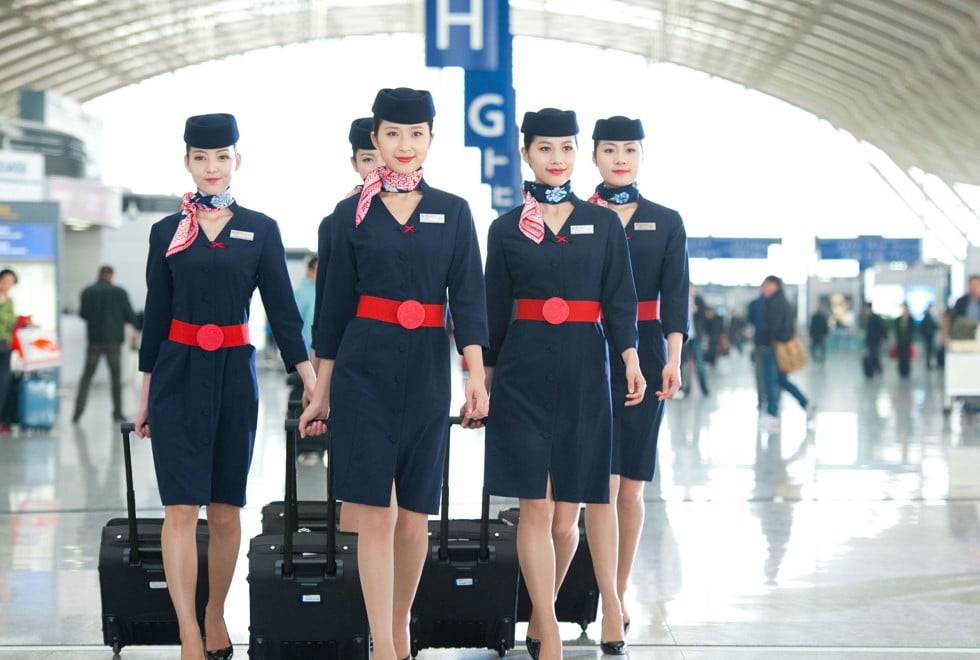 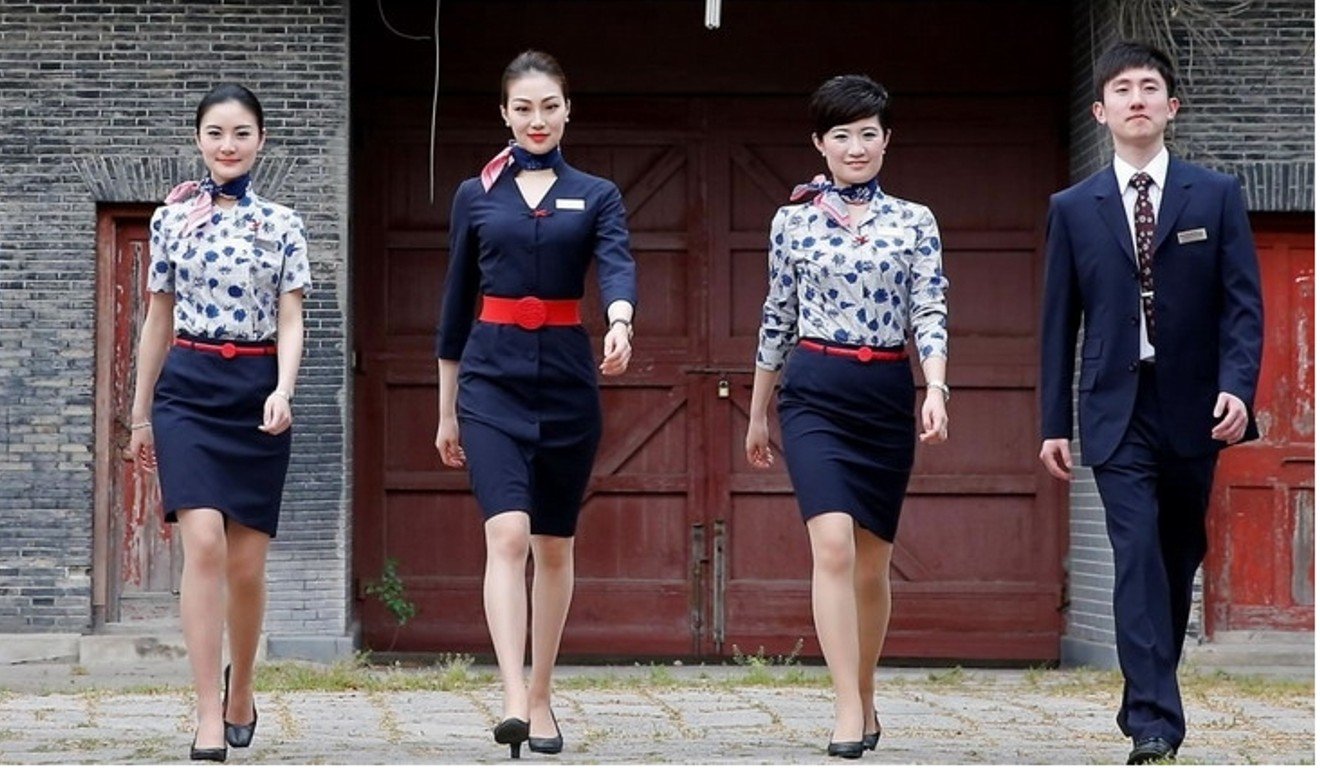 There are four different uniforms, each represents the designation of the Singapore Girl who wears it. 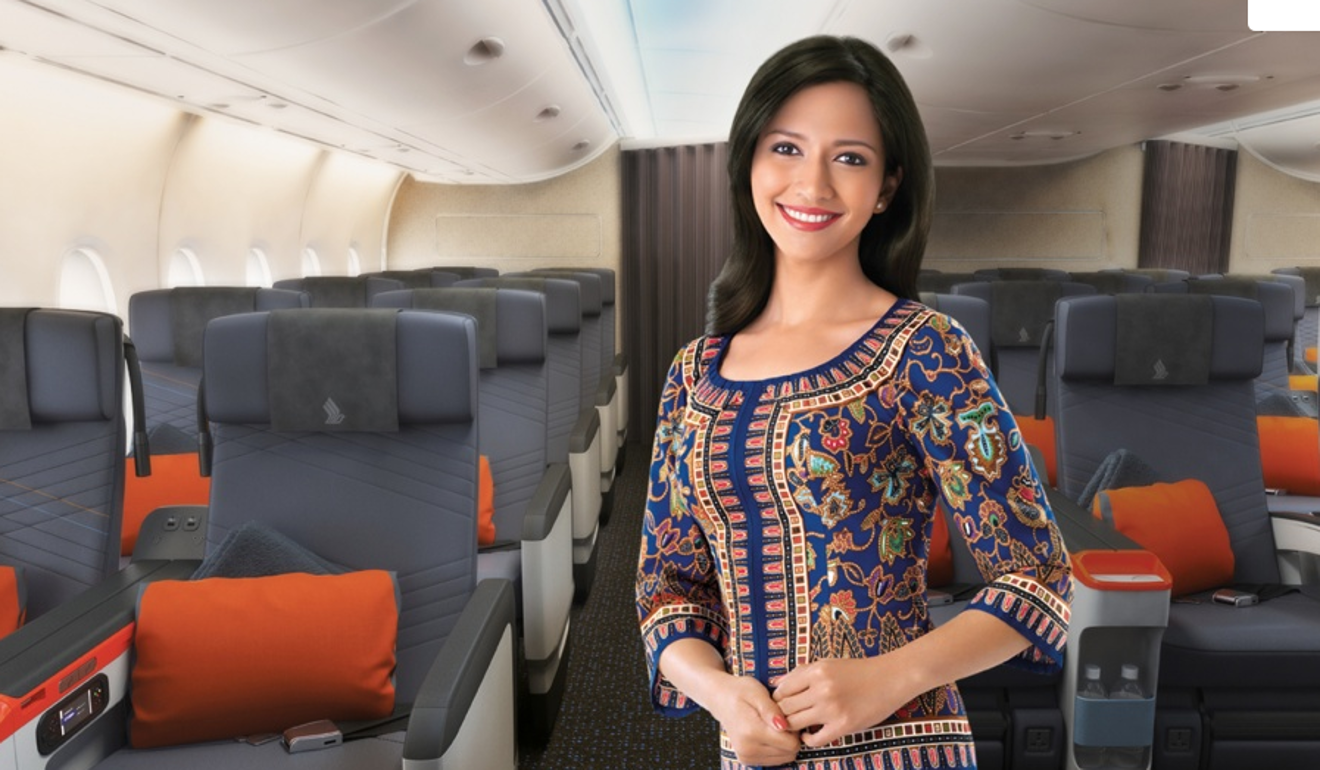 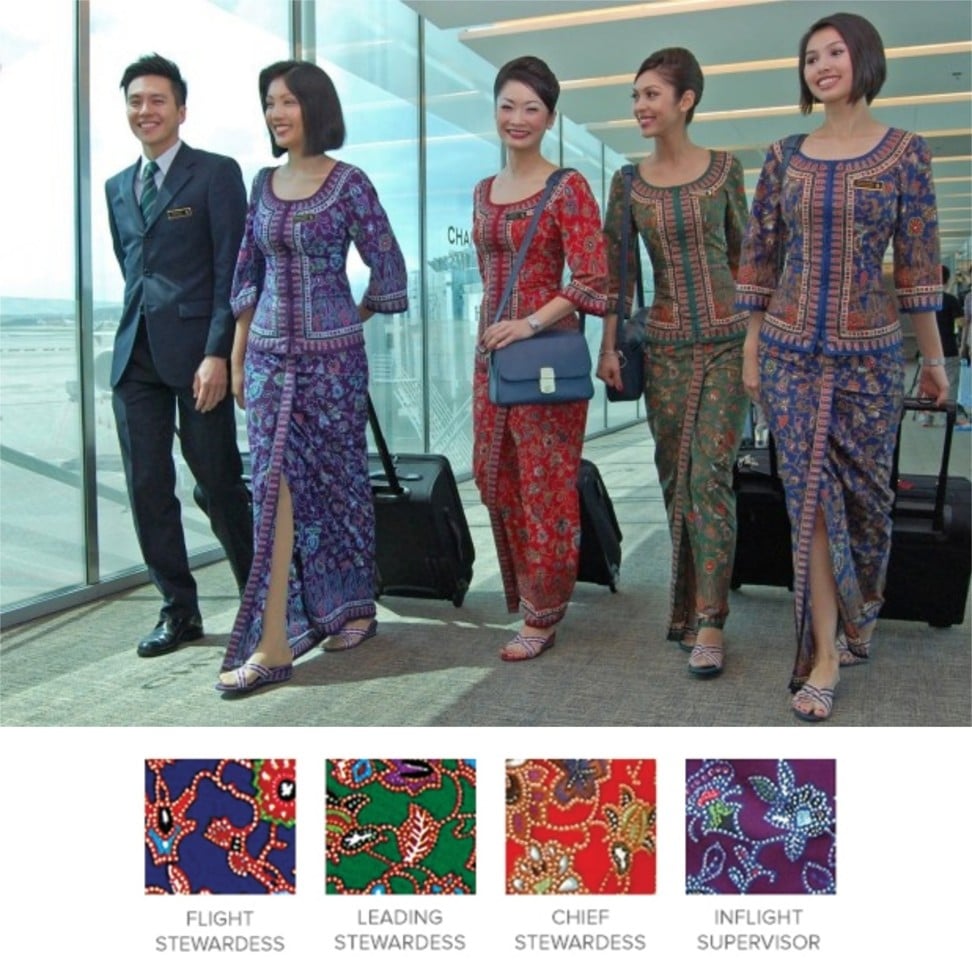 Four coloured uniforms represent the designations of the Singapore girl who wear them.
Share:
The future of business-class includes personalisation, tech and privacy

While Asian Airlines cabin crews in South Korea were fighting for the right to wear trousers in 2013, Korean Air launched an employee-friendly uniform in 2005. With the option of a skirt or pants, the uniform – crafted by Italian Ferré – is a mix of eggshell blue, white and cream. We especially love the accessories adorned on the stewardess – the gravity defying neck scarves and the ribbon-like hairpins which remind us of “binyeo”, the traditional Korean hair accessory. 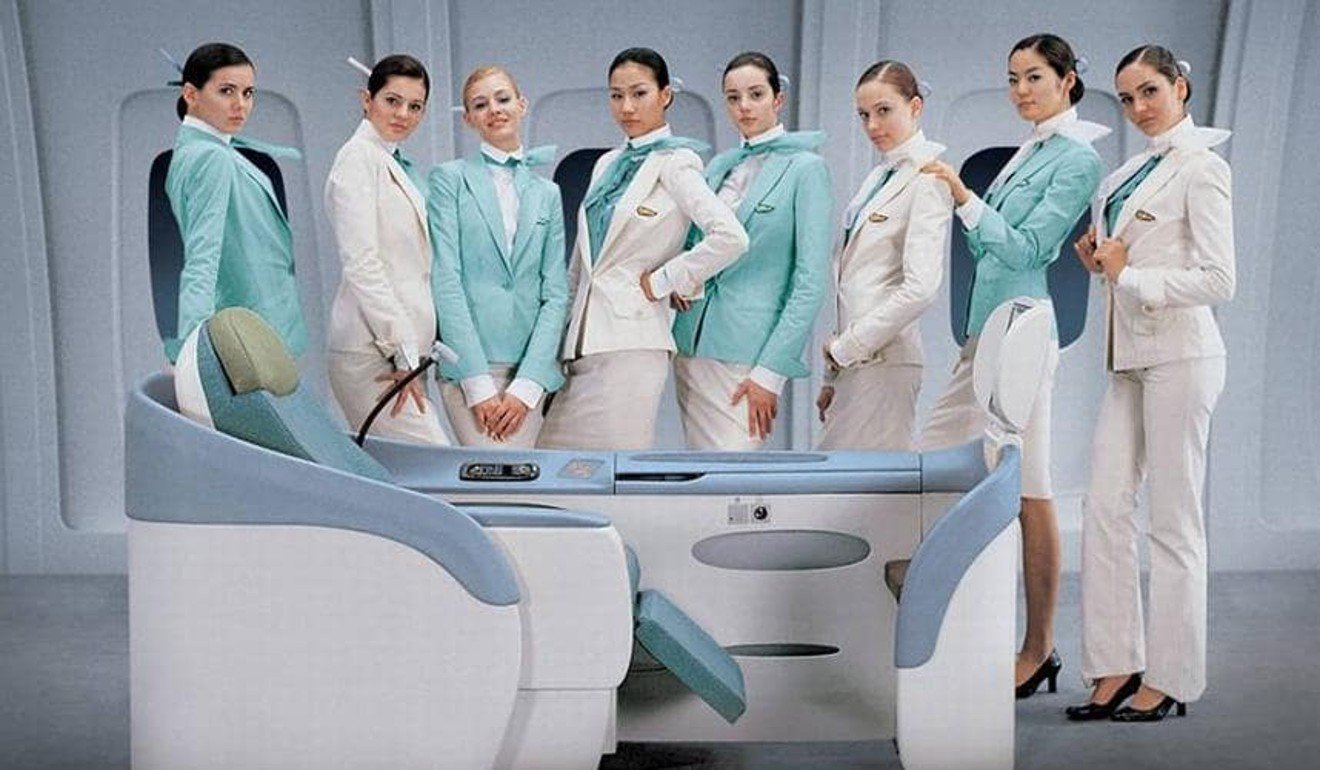 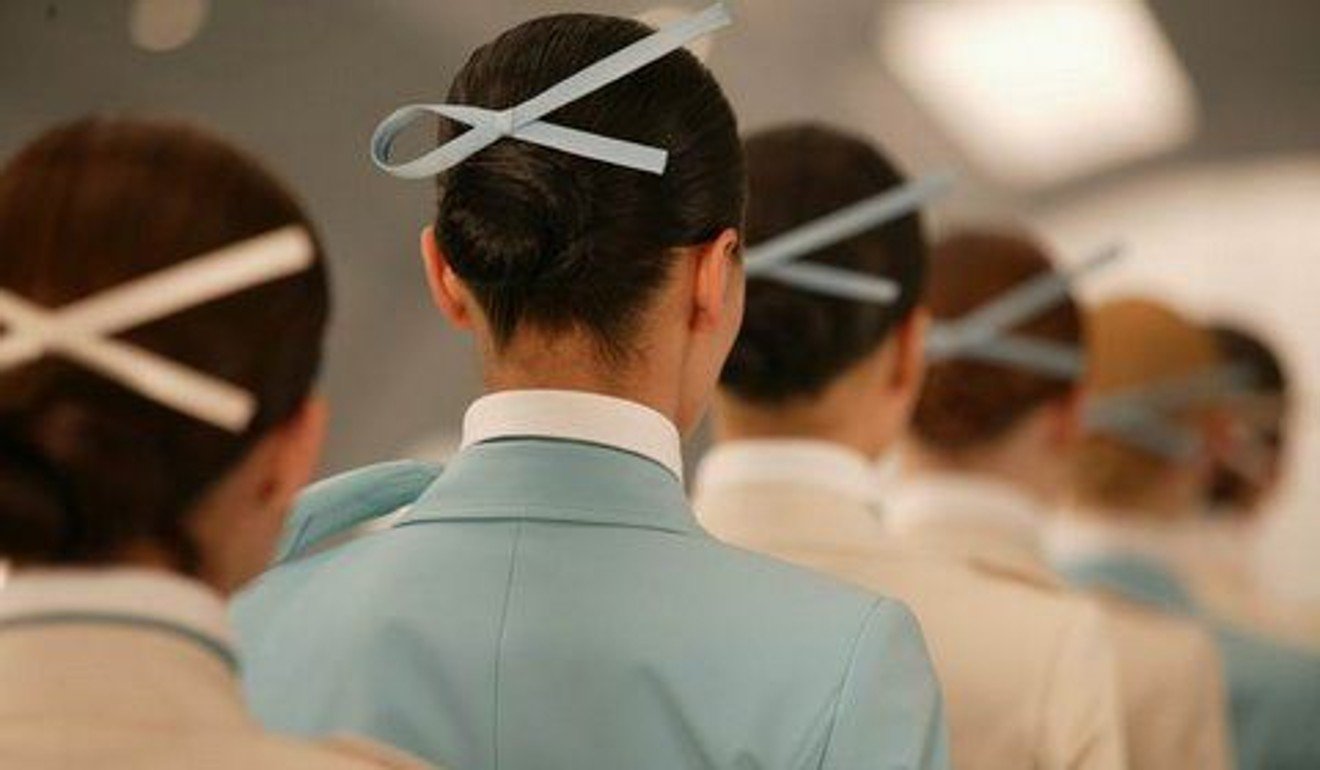 A group of Aeroflot stewardess continue to fight against the Russian airline’s “lookism policy”. We can’t deny that the airline’s red-orange uniforms are classy and lively, especially the garrison caps that strike a chord. The uniform, designed in Russia by Bunakova and Khokhlov, was introduced in 2010. 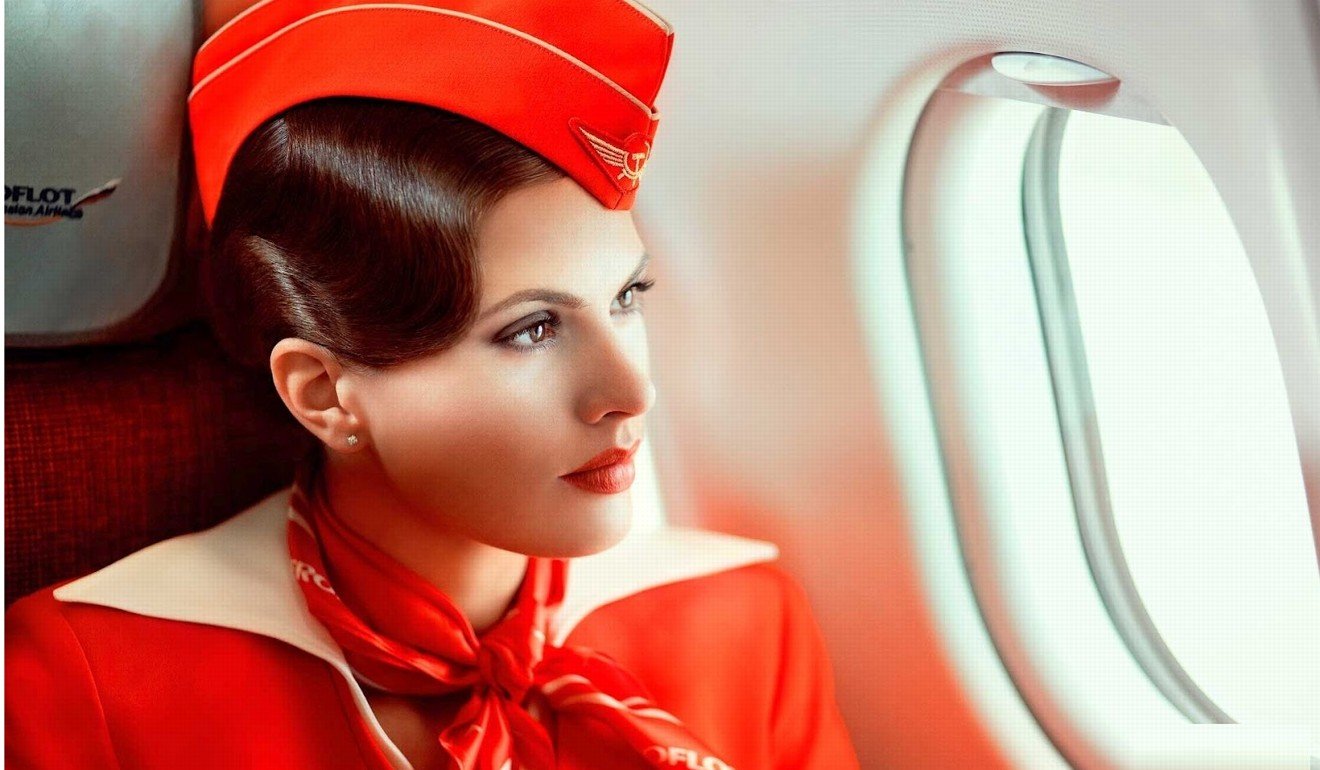 There are items
in your cart

GET THE LATEST NEWS
DELIVERED DAILY!